Earlier this week I wrote a post about a script I wrote to vote for Justin Herbert for Rookie of the Year. Someone in the Chargers subreddit suggested I write a bot to vote for Isaac Rochell for Walter Payton Man of the Year.

The difference between this contest and the former is the vote method.

To vote for Pepsi Rookie of the Year requires clicking. Walter Payton Man of the Year is done by tweets with a hashtag.

Python’s got a Twitter bot API and this time I’m prepped to use it. Fuck javascript. This is Python territory.

Twitter’s bot API has a few restrictions. I’ll do my best not to break those and get banned.

Rochelle’s currently in second place to Travis Kelce, and within striking difference. 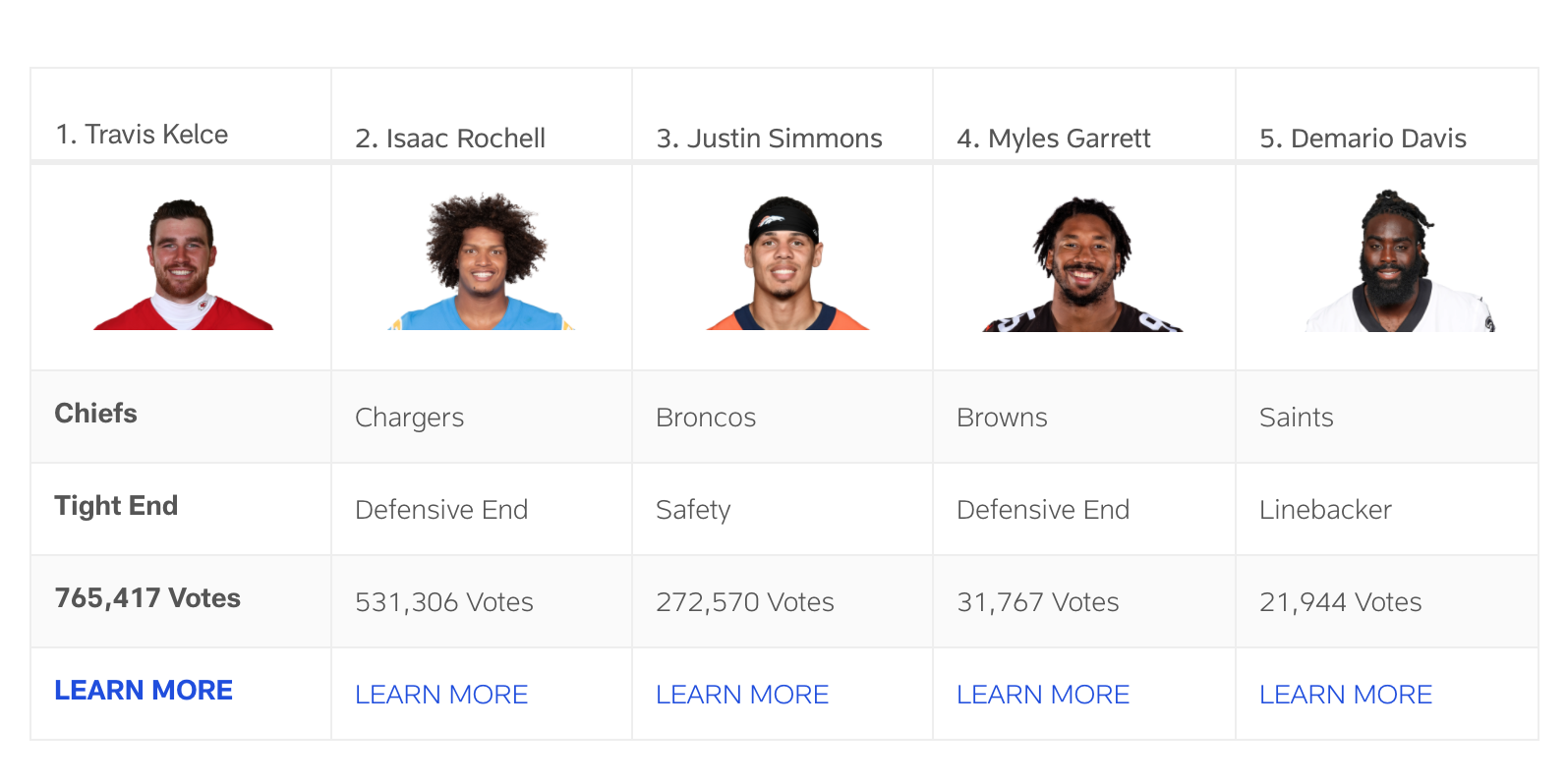 That’s about 156 votes per minute. That’s more than enough to get my account blocked from twitter so I won’t do that.

But what I will do is outline the steps I took so that if you’re interested, you can make your own bot to do the same.

Also make sure not to commit your credentials in git. Use environment variables or a git-ignored creds file

do a quick cmd-f through the official rules to make sure you’re not about to get him disqualified or anything.

do a basic test to confirm you’re up and running

looks like that works. Now how about more than one tweet? There are a couple of options. One is to set my script to run on a CRON job and let my computer do the automation. The other, much simpler way, is to just use a loop in Python and have my script sleep in between tweeting. That will also let me have finer grained control over the content of the tweet because I’ll have access to iteration variables.

To start, I tried re-running the script exactly how it was and it threw the following exception

Now the tweets aren’t the same. Looks like that works too. 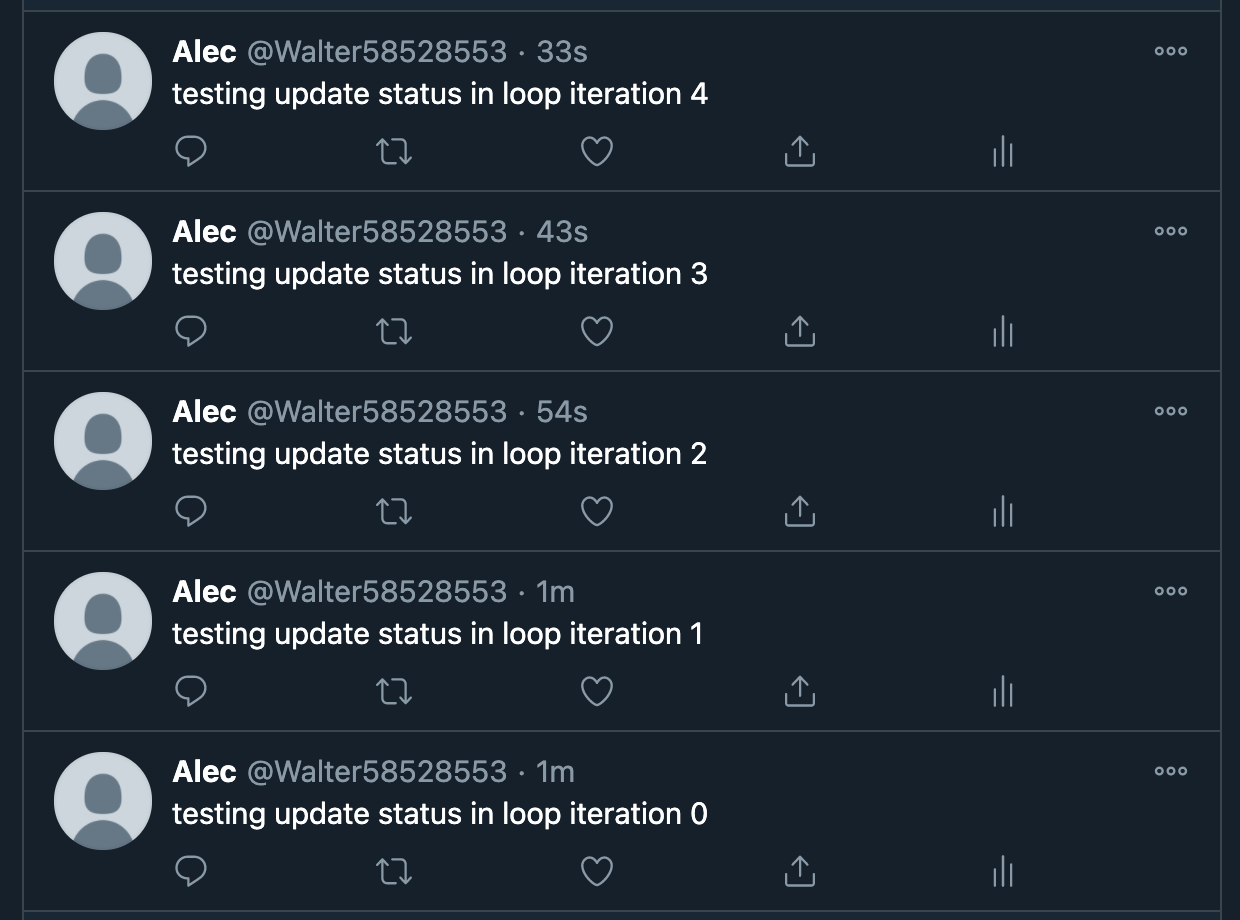 I added a list of as many chargers roster players as I could think of, as well as some phrases such as “ASAP!” and “#Jackboyz” that could be used to make the tweets unique. Then I made it so it would use multiple in each tweet so that the total was increased to 35 * 35 * 7 * 6 * 6 possible tweets.

Even with 308700 possible unique tweets, I still need to make sure my script doesn’t stop if there’s a transient error or I get unlucky and the status is a duplicate. That’s what the error handling is for. Also, I recognize that this will technically over-report the number of tweets because I increment the iterator regardless. I’m okay with this.

update it appears twitter has a max number of tweets per day and that I burned through that in about 5 minutes.

That’s probably for the best